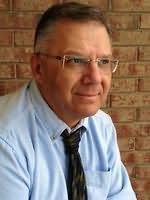 Canada
Rick Mofina grew up east of Toronto, in Belleville, Ontario, Canada. He began writing fiction in grade school. At age 15, he sold his first short story to a U.S. magazine.

He became a reporter at The Toronto Star before embarking on a career in journalism that spanned three decades and several newsrooms. His freelance crime stories have appeared around the world in such publications as The New York Times, Reader's Digest, Marie Claire, The South China Morning Post magazine and The Moscow Times.

Rick is currently based in Ottawa, where he lives with his wife and is working on his next book.

Divine Justice (2011)
(Divine , book 2)
Cheryl Kaye Tardif
"A powerfully-written chill ride that will give you nightmares."

Measure of Darkness (2011)
(Randall Shane, book 4)
Chris Jordan (Rodman Philbrick)
"Filled with page-turning suspense and intrigue that keeps you guessing to the eend."

Almost Criminal (2013)
(Crime in Cascadia Mystery, book 1)
E R Brown
"E. R. Brown hits it out of the park with this wonderful-page-great characters and storytelling evocative of Elmore Leonard."

Dead Man's Bridge (2017)
(Jake Cantrell Mystery, book 1)
Robert J Mrazek
"A gem of a tale, taut with tension and so wonderfully crafted that it's difficult to put down."

The Last Thing She Ever Did (2018)
Gregg Olsen
"Master storyteller Gregg Olsen continues to take readers hostage with another spellbinding tale of relentless, pulse-pounding suspense."

The New Girl (2018)
Ingrid Alexandra
"A wonderfully-crafted story that takes you hostage from page one and never lets you go."