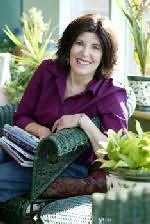 A graduate of Actors Lab in London, England, Carol first earned a B.A. (English) from the University of Western Ontario. Her teaching experience includes Artists in the School (Manitoba Arts Council); visiting professor at Bemidji State University, Minnesota; and creative writing instructor with Continuing Education at the University of Winnipeg. Carol writes contemporary and historical fiction, as well as science fiction and fantasy. She first began writing historical fiction when her Danish husband told her stories about his parents' experiences fighting the Nazis in World War II. Most of her books incorporate Jewish themes and 10 of her novels deal specifically with the Holocaust. Because she was well known for her Holocaust books for young readers, the United States Holocaust Memorial Museum in Washington, D.C. asked her to write Daniels Story, which became a best seller.