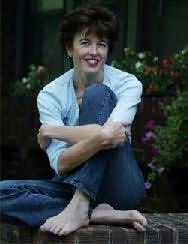 Alison McGhee's first novel, Rainlight, won the GLCA National Fiction Award, the 1999 Minnesota Book Award, was listed by Library Journal as one of the best first novels of 1998, and was a Borders Original Voices pick in both hardcover and paperback.

Her second novel, Shadow Baby, was a 2001 Minnesota Book Award winner, was listed by Kirkus Reviews as one of the eight best novels of 2000, was a Borders Original Voices pick in both hardcover and paperback, a Booksense 76 pick, a Pulitzer Prize nominee, and the August 2003 Today Show Book Club selection.

Two of Us (2004)
Brendan Halpin
"I read it in one sitting, my heart simultaneously cracked open and healed. What a beautiful, elegiac, laugh-out-loud book."

A Breath Too Late (2020)
Rocky Callen
"Rocky Callen's achingly poignant debut novel is narrated by Ellie, whose suicide has turned her into a literal ghost in her own life. The suffering of her mother and boyfriend mirror Ellie's own overwhelming regret at having left the world too soon. Dreamy, funny, fierce-hearted Ellie made me want to put my arms around all the hurting teens in the world and tell them to hold on, that there is hope, there is love, there is life to come. A Breath Too Late is both a love letter and a life raft to the brokenhearted."
Visitors to this page also looked at these authors
Colleen McCullough
Colum McCann
Alison Lurie
Ian McEwan
James Patterson
Ann M Martin
Brad Meltzer
Nick McDonell
Brian McGrory
Fern Michaels
Cormac McCarthy
Claire Messud
Larry McMurtry
Carson McCullers
Adrian McKinty
Maile Meloy