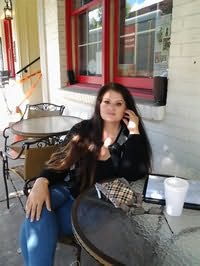 A member of Authors Guild; IWOFA - Infinite Worlds of Fantasy Authors http://iwofa.net. On Staff at for Paranormal Romance Reviews and co-host for PNR's The Haunt; reviewer for The Best Reviews and Sensual Romance Reviews, and used to review for Rambles.com, a Celtic e-magazine. A former member of RIO Reviewers International Organization, and served as their Award of Excellence Chair (2003-2005), and was assistant editor of their monthly newsletter. She served as 2nd Vice President of Hearts Through History (2004-2005), an online RWA Chapter; was also Web Chair (2003-2005) and was editor of their monthly newsletter The Bard Scroll (2003-5). A member of RWA and History Fiction Writers of Britain.

She was resident historian at WAXING POETIC (1999-2001). She also had a joint company with artist Carmon Deyo called CLAN RAVEN LTD. She wrote tales of Pict-Celt lore or tales from her family; Carmon turns them into the most beautiful jewelry in silver and gold. Their joint effort THE THREE FACES OF THE GODDESS, a highly original look at the Pict-Celt Goddesses, won awards and impressed Barnes and Noble enough to sponsor a month-long show in Texas of the works in September 2000, launched with a cocktail party. They hope someday to compile the works into a book (when life stops intruding