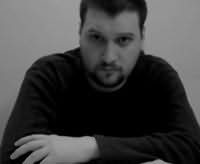 Born in Texas and currently living in Utah, David Dunwoody writes subversive horror fiction, including the EMPIRE series and the collections DARK ENTITIES and UNBOUND & OTHER TALES. His short stories have been or will be published by outfits such as Permuted, Chaosium, Shroud, Twisted Library, Belfire and Dark Regions.