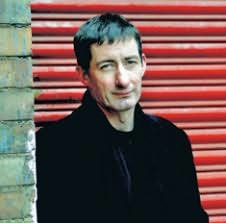 aka John Creed
Eoin McNamee (Born Kilkeel, County Down) is an Irish writer. He has written two novellas, The Last of Deeds and Love in History (Raven Arts Press, Dublin), which was shortlisted for the 1989 Irish Times/Aer Lingus Award for Irish Literature.

The film version of Resurrection Man, for which he wrote the script, was released in 1998. McNamee also wrote the script for I Want You, a film directed by Michael Winterbottom. He has also written a series under the pseudonym John Creed.

Collections
The Last of Deeds and Love in History (1995)

Opium (2004)
Salar Abdoh
"Critics pronounced the spy novel dead after the fall of the Berlin Wall. Salar Abdoh shows that it is alive and well, and living in Manhattan."

Carnivalesque (2017)
Neil Jordan
"Jordan has a light touch and a clear eye on matters of the heart."