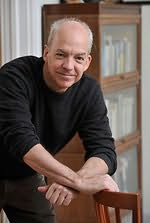 (b.1955)
Dan Fesperman is a reporter for the Baltimore Sun and worked in its Berlin bureau during the years of civil war in former Yugoslavia, as well as in Afghanistan during the recent conflict. His first novel, Lie in the Dark, won the CWA John Creasey Award for best first crime novel in 1998.

Omnibus
The Prisoner of Guantanamo / The Amateur Spy (2010)

Billy Boyle (2006)
(Billy Boyle World War II Mystery, book 1)
James R Benn
"It is a pleasure marching off to war with spirited Billy Boyle. He is a charmer, richly imagined and vividly rendered. And he tells a finely suspenseful yarn."