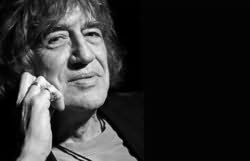 (1945 - 2016)
Described by the Daily Mail (UK Tabloid) as 'the most sophisticated drugs baron of all time', Howard Marks worked with the British Secret Service and has been connected with the Mafia, the IRA, MI6 and the CIA.

Born in Kenfig Hill, a small Welsh coal-mining village near Bridgend, Howard Marks attended Oxford University where he earned a degree in nuclear physics and post graduate qualifications in philosophy.

Busted in 1988 by the American Drug Enforcement Agency and sentenced to twenty-five years at America's toughest federal penitentiary; Terre Haute, Indiana. He was released on parole in 1995 after serving seven years.

In 1996 he released his autobiography, Mr. Nice, which remains an international best seller in several languages and was the best selling non-fiction book of 1997.
Series
Catrin Price
1. Sympathy for the Devil (2011)
2. The Score (2013)