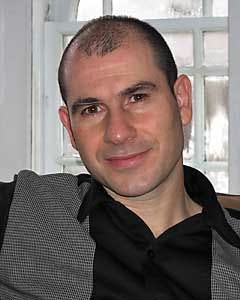 Naeem Murr's first novel, The Boy, published in 1998, was New York Times Notable Book, won a Lambda Literary Award, and was translated into six languages. Another novel, The Genius of the Sea, was published in 2003. His latest, The Perfect Man, has just been published in England (April 2006), and will be published in America early in 2007. A recipient of numerous awards and scholarships for his writing, he has published a number of prize-winning stories, novellas and non-fiction pieces in literary journals. He was a Stanford University Creative Writing Fellow, and was recently awarded a Lannan Residency Fellowship. He has been a writer-in-residence at numerous universities, including the University of Missouri, Western Michigan University, and Northwestern University. Born and brought up in London, he has lived in America since his early twenties, and currently resides in Chicago.
Novels
The Boy (1998)
The Genius of the Sea (2003)
The Perfect Man (2006)