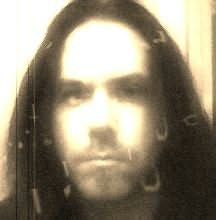 Tim Marquitz has always been interested in writing, but it wasn't until about 1995 the urge became a compulsion. However, it would be many years later before the ability matched the interest. Fortunately, the two have reconciled...mostly.

Writing a mix of the dark perverse, the horrific, and the tragic, tinged with sarcasm and biting humor, he looks to leave a gaping wound in the minds of his readers like his inspirations: Clive Barker, Jim Butcher, and Stephen King.A former grave digger, bouncer, and dedicated metalhead, Tim is a huge fan of Mixed Martial Arts, and fighting in general. Involved in the Live Action Role Playing organization, Amtgard, since he was fifteen, he derives great pleasure from bashing people into submission.He lives in Texas with his beautiful wife and daughter, a neurotic dog and their finger-crippling cat.