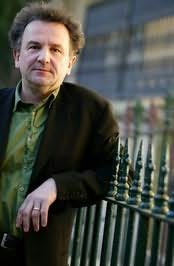 Australia (b.1950)
Louis Nowra was born in Melbourne. He is the author of such plays as Inner Voices, Visions, Inside the Island, Cosi, Radiance and The Boyce Trilogy. He has written five non-fiction works, The Cheated, Warne's World, Walkabout, Chihuahuas,Women and Me, and Bad Dreaming, the novels The Misery of Beauty, Palu, Red Nights, Abaza and Ice, Into That Forest, the memoirs The Twelfth of Never and Shooting the Moon, as well as radio plays, telemovies and film scripts. Ice was shortlisted for the Miles Franklin Literary Award 2009, and won an Honourable Mention in the Manning Clark House National Cultural Awards 2009.