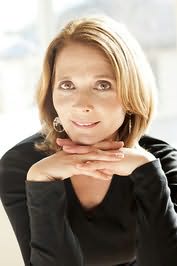 Susin got her start feeding cast and crew on the popular television series, Degrassi Junior High. They hated her food, but they saw a spark in her writing. Nielsen went on to pen sixteen episodes of the hit TV show. Since then, Nielsen has written for over 20 Canadian TV series. Her first young adult novel, Word Nerd, was published in 2008 to critical acclaim. It won multiple Young Readers Choice Awards, as did her second novel, Dear George Clooney: Please Marry My Mom. Her third novel, The Reluctant Journal of Henry K. Larsen, was published in August 2012. It went on to win the Governor Generals Literary Award, the Ruth and Sylvia Schwartz Award, the Canadian Library Associations Childrens Book of the Year Award, and a number of Young Readers Choice Awards. Author Wally Lamb named it his top YA pick for 2012 in his First Annual Wally Awards, and recently Rolling Stone magazine put it at #27 in their list of Top 40 Best YA Novels.
Her books have been translated into multiple languages. Susins new novel, We Are All Made of Molecules, will be published in Canada, the US and the UK in Spring of 2015. She lives in Vancouver with her family and two naughty cats. She is delighted to have finally figure out how to "claim" her author profile on Goodreads!