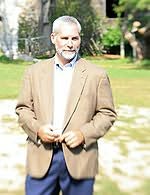 (b.1953)
oseph Monninger has published eleven novels and three non-fiction books. His work has appeared in American Heritage, Scientific American, Readers Digest, Glamour, Playboy, Story, Fiction, The Boston Globe, Sports Illustrated and Ellery Queen, among other publications. He has twice received fellowships from the National Endowment for the Arts and has also received a fellowship from the New Hampshire Council for the Arts. His young adult novel, Baby, was awarded the 2008 award for best childrens literature from the Peace Corps Writers. It was also chosen as a top ten book by YALSA, the American Library Association. The Bulletin of the Center for Childrens Books awarded Hippie Chick, a young adult novel, a blue ribbon for a top book of 2008.