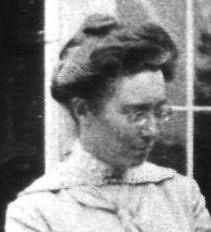 (1880 - 1960)
A celebrated English girls school story writer, Elsie J. Oxenham's real name was Elsie Jeanette Dunkerley. Born in 1880 in Southport, Lancashire, she was the daughter of writer William John Dunkerley, whose chosen pseudonym - John Oxenham - was a clear influence upon her own. Her brother, Roderic Dunkerley, was also an author (published under his own name), as was her sister Erica, who used the 'Oxenham' name as well. Oxenham grew up in Ealing, West London, where her family had moved when she was a baby, living there until 1922, when the family moved again, to Worthing. After the deaths of her parents, Oxenham lived with her sister Maida. She died in 1960.