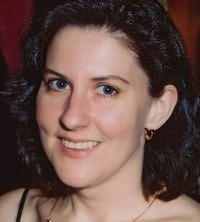 Cathryn Parrys first piece of romantic writing was a love letter she wrote to the boy who sat next to her in first grade. By the next Christmas, she was asking for a typewriter to organize her growing collection of adventure stories inspired by Nancy Drew.

But it wasnt until Cathryn was an engineer working a less-than-inspiring job in a ball bearings factory that she dared to write her first novel, a romance about a woman who found the courage to pursue her deeply-held dreams. After that, Cathryn knew she was a novelist, and was hooked on the writing process.

Since publishing in 2012, Cathryn has won the Booksellers' Best Award and two HOLT Medallion Awards of Merit, as well as receiving several reader-contest nominations.