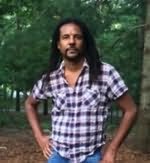 (b.1970)
Colson Whitehead is the author of the novels Zone One; Sag Harbor; The Intuitionist, a finalist for the PEN/Hemingway award; John Henry Days, which won the Young Lions Fiction Award, the Anisfield-Wolf Book Award, and was a finalist for the Pulitzer Prize; and Apex Hides the Hurt, winner of the PEN Oakland Award. He has also written a book of essays about his home town, The Colossus of New York. A recipient of a Whiting Writers' Award, a Guggenheim Fellowship, and a MacArthur Fellowship, he lives in New York City.

Collections
The Colossus of New York (2003)

The Ready-Made Thief (2017)
Augustus Rose
"In his highly addictive and multi-aceted first novel, Augustus Rose pits an irrepressible and gritty young heroine against a sinister group of fanatics. The Readymade Thief is a kickass debut from start to finish."

Borne (2017)
(Borne, book 1)
Jeff VanderMeer
"Jeff VanderMeer’s Southern Reach Trilogy was an ever-creeping map of the apocalypse; with Borne he continues his investigation into the malevolent grace of the world, and it's a thorough marvel."

The Martin Chronicles (2019)
John Fried
"Wise and winning, THE MARTIN CHRONICLES is a sumptuous evocation of those adolescent afternoons when every moment was equally fraught and full of possibility. A charming, marvelous debut."