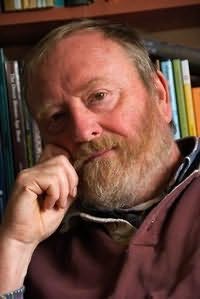 Dr. Francis Pryor was born in London in 1945. He read archaeology and anthropology at Trinity College, Cambridge where eventually he took a PhD. After Cambridge he emigrated to Toronto where he joined the staff of the Royal Ontario Museum. Using the Museum as a base, he began a series of major excavations (1971-78) in England, at Fengate, on the outskirts of Peterborough. Here he revealed an extensive Bronze Age field system, plus Neolithic and Iron Age settlements. After Fengate he turned his attention north of Peterborough, to the Welland Valley, where he excavated two large sites, at Maxey (1979-81) and Etton (1982-87). Etton was a superbly preserved earlier Neolithic (3500 BC) causewayed enclosure, an early type of ceremonial centre. In 1982 he also began survey work in the nearby Fens and soon discovered the timbers of a Late Bronze Age (1300-900 BC) timber causeway and religious complex at Flag Fen, just east of Peterborough. This remarkable site was opened to the public in 1987. Today it has become one of the best known Bronze Age sites in Europe and a principal visitor attraction in the region. He was awarded an MBE 'for services to tourism' in 1999. Fengate was published in four volumes in the 1970s and '80s and major English Heritage monographs on Maxey, Etton and Flag Fen appeared in 1986, 1998 and 2001. His popular account of this remarkable site, Flag Fen: life and death of a prehistoric landscape (Tempus Books, Stroud), was revised for a second edition in 2005. His book on prehistoric farming, Farmers in Prehistoric Britain (also for Tempus) is also in its second edition (2006).
Since 1998 he has devoted himself to writing popular books on archaeology, including Seahenge (HarperCollins 2001), an account of the discovery of a Bronze Age timber circle on the Norfolk coast; Britain BC (HarperCollins 2003), the story of British prehistory before the Romans and Britain AD (HarperCollins 2004), a book about new finds from Dark Age Britain. The third of this series, Britain in the Middle Ages, is on the archaeology of the medieval period and was published in June 2006 by HarperCollins (in paperback, June 2007). His largest book, The Making of the British Landscape was published in June 2010 and is now in paperback. His latest book, The Birth of Modern Britain (HarperCollins) was published in February 2011. He was President of the Council for British Archaeology from 1998-2005 and has written and presented series for Channel 4 on Britain BC, Britain AD and The Real Dad's Army, a review of archaeological remains surviving from 1940. He is also a regular contributor to, and member of, that channel's long-running series, Time Team. Presently he is working on a book for Penguin Press about domestic life in ancient Britain. Recently he has turned his attention to radio and has presented half-hour programmes for Radio 4 on the medieval Welsh town of Trellech (2006) and Stonehenge (Secrets of Stonehenge) (2007); Britain's Lost Atlantis, an account of the archaeology beneath the North Sea (2009)
Although a freelance author and broadcaster, he retains close links with academia and is currently visiting Professor in Archaeology at the University of Leicester.
In 'In the Long Run' he now regularly blogs on the trials and tribulations of writing, broadcasting, sheep farming, gardening and archaeology.
Series
Alan Cadbury
1. The Lifers' Club (2014)
2. The Way, the Truth and the Dead (2017)