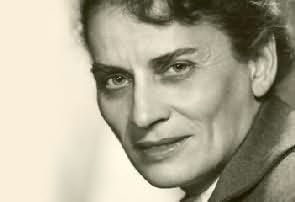 Canada (1909 - 1983)
Gabrielle Roy is one of Canada's most important 20th century women writers of fiction. Born in Saint-Boniface, Manitoba, a French-speaking community across the Red River from Winnipeg, Gabrielle was the youngest child in a large family. In 1929, after two years of training at the Winnipeg Normal Institute, she began a teaching career in Manitoba. Eight years later, she traveled to Europe to study dramatic art. There she began to develop her talent as a writer and wrote her first published articles. The outbreak of World War II in 1939 hastened her return to Canada where she settled in Montreal and became a free-lance journalist. For the next six years, she researched and wrote human interest stories for a living while working on a novel set in the St. Henri district of Montreal, Bonheur d'occasion /The Tin Flute. Published in 1945, Bonheur d'occasion was an enormous success. It won several literary prizes, including the Prix Famina, a prestigious award from France.
Novels
The Tin Flute (1945)
Where Nests the Water Hen (1950)
The Cashier (1954)
Street of Riches (1955)
The Hidden Mountain (1961)
The Road Past Altamont (1966)
Windflower (1970)
Garden in the Wind (1975)
Children of My Heart (1977)
The Fragile Light of Earth (1982)

Collections
Made in Manitoba (1990) (with Sandra Birdsell and Robert Kroetsch)