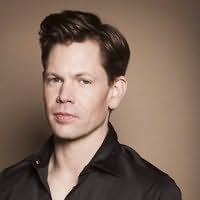 (b.1978)
Son of Anne Rice
Christoper Rice comes from a family of authors. His parents are Anne Rice and the late poet Stan Rice; his aunt, Alice Borchardt, is a noted writer. He is also friends with fellow author Clive Barker. Rice fielded criticism that these connections, rather than his talent, resulted in the publication of his works. Unlike his famous mother, he does not write horror novels, but considers his books to be thrillers.

Rice has lived in New Orleans, Louisiana and is a 1996 graduate of the Isidore Newman School. Rice was in the same graduating class as American Idol finalist Judd Harris and noted poker expert Ed Miller. Rice went on to attend Brown University and the Tisch School of the Arts. He did not graduate from either school; instead, he moved to Los Angeles to explore writing screenplays.

Series
Ramses the Damned (with Anne Rice)
2. The Passion of Cleopatra (2017)