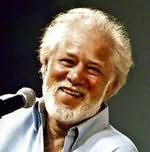 Although he is best known as a novelist, Ondaatje's work also encompasses memoir, poetry, and film. His semi-fictional memoir of his Sri Lankan childhood is called Running in the Family (1982). He has published thirteen books of poetry, and won the Governor General's Award for two of them: The Collected Works of Billy the Kid (1970) and There's a Trick With a Knife I'm Learning to Do: Poems 1973-1978 (1979).

The Collected Works of Billy the Kid and Coming Through Slaughter have been adapted for the stage and produced in numerous theatrical productions across North America. Ondaatje's three films include a documentary on fellow poet bp nichol, Sons of Captain Poetry, and The Clinton Special: A Film About The Farm Show, which chronicles a collaborative theatre experience led in 1971 by Paul Thompson of Theatre Passe Muraille. In 2002 he published a non-fiction book, The Conversations: Walter Murch and the Art of Editing Film, which won special recognition at the 2003 American Cinema Editors Awards, as well as a Kraszna-Krausz Book Award for best book of the year on the moving image.

Ondaatje has, since the 1960s, also been involved with Toronto's influential Coach House Books, supporting the independent small press by working as a poetry editor.

In 1988 Michael Ondaatje was made an Officer of the Order of Canada (OC) and two years later became a Foreign Honorary Member of the American Academy of Arts and Letters.

He has two children and is the brother of philanthropist, businessman, and author Christopher Ondaatje.

So Long, See You Tomorrow (1979)
William Maxwell
"This is one of the great books of our age. It is the subtlest of miniatures that contains are deepest sorrows and truths and love - all caught in a clear, simple style in perfect brushstrokes."

In Transit (1988)
Mavis Gallant
"Mavis Gallant is one of the great short story writers of our time."

The Chrome Suite (1992)
Sandra Birdsell
"Birdsell is one of our best writers - no compromises, no hesitance, a full canvas."

The Insult (1996)
Rupert Thomson
"We are in the dark side of the brain--full of grief and deliciously strange comedy. I've never read anything like it."

The Angel On the Roof (2000)
Russell Banks
"I trust his portrait of America more than any other."

The Pages (2008)
Murray Bail
"Murray Bail is the warmest and most quick-witted of storytellers."