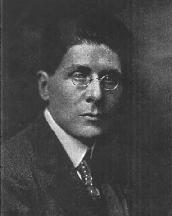 (Raymundus Joannes de Kremer)
Belgium (1887 - 1964)
Jean Ray is the best-known pseudonym among the many used by Raymundus Joannes de Kremer, a prolific Belgian French language writer. Although he wrote straight journalism, stories for young readers in Dutch under the name John Flanders, scenarios for comic strips and detective stories, he is best known for his tales of the fantastique written under the name Jean Ray. In the English-speaking world, he is famous for his macabre novel Malpertuis (1943), which was filmed by Harry Kümel in 1971 (starring Orson Welles). He also used the pseudonyms King Ray, Alix R. Bantam and Sailor John, among others.