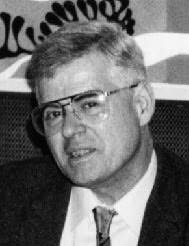 (b.1941)
Husband of Kathryn Cramer
David G. Hartwell, called "an editor extraordinaire" by Publishers Weekly, is one of science fiction's most experienced and influential editors. As an editor with Berkley Books, Pocket Books, William Morrow, and Tor Books, he has worked with many of the field's best authors and edited many award-winning works. He is the author of Age of Wonders, a nonfiction study of the science fiction field. Among his many anthologies are the bestselling World Treasury of Science Fiction and the World Fantasy Award winner The Dark Descent. He is the holder of a Ph.D. in comparative literature from Columbia University, a winner of the Eaton Award, and has been nominated for the Hugo Award twenty-four times.