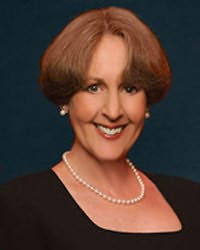 Christine Rimmer was born on January 28 in California, U.S.A.. She hasalways admired her maternal grandmother, she says: "My grandmother, mymother's mother. She lived a life of love and adventure. When she graduatedfrom school at age 16, she took a job teaching in the Alaskan gold fieldswhere she met my grandfather, a gold miner. They moved to the mountains ofNorthern California, where she taught school and he dug for gold. She kept awonderful garden and she loved to read and she played the mandolin (ratherbadly, actually). And she could still beat me at Scrabble when she was 90years old. I think she cheated, but I never did work out how."

Always, she loves to get lost in the world of a book. But, first Christinelonged to be an actress, so she earned her Theatre Degree from CaliforniaState, Sacramento and then went to New York where she studied acting, becamean extremely capable waitress, and starred in The Importance of BeingEarnest in a church in Flatbush. Later, she moved to Southern California,where she began her writing career with short stories, plays, and poems. Herpoems and short stories were published in a number of small literaryjournals. Her plays were produced at The Back Alley and Group Theatres inSouthern California and have been published by Dramatists Play Service andWest Coast Plays.

Christine wrote her first romance in 1984 and found she loved writingromances almost as much as she loved reading them. Since the publication ofher first book in 1987, Christine has written 60 contemporary romances. Shehas been telling love stories ever since and plans to go on doing just thatfor decades more. She is best known for her loveable, sometimes offbeatcharacters and her finely honed talent for telling the kind of story thatkeeps readers turning pages. She has created two popular series, The JonesGang and Conveniently Yours. Her books consistently appear on nationalbest-seller lists. Two of Christine's romances have been nominated for theRomance Writers of America's prestigious RITA Award. Her 1998 SilhouetteSpecial Edition A Hero for Sophie Jones, won Romantic Times Magazine'sReviewers' Choice Award. Three times, Romantic Times has nominated Christinefor Series Storyteller of the Year.

Men in Uniform
The Marriage Conspiracy (2001)

Talk of the Neighborhood
The Reluctant Cinderella (2006)

Montana Mavericks : Striking it Rich
The Man Who Had Everything (2007)

Montana Mavericks : Back in the Saddle
The Last Single Maverick (2012)

Montana Mavericks: What Happened at the Wedding
1. The Maverick's Accidental Bride (2015)

Montana Mavericks : The Lonelyhearts Ranch
1. A Maverick to (Re)Marry (2018)

Montana Mavericks: What Happened to Beatrix?
1. In Search of the Long-Lost Maverick (2020)