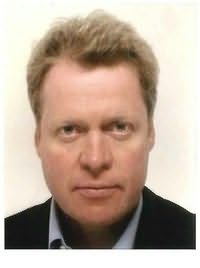 (b.1955)
Charles Spencer was born in 1955 and educated at Charterhouse and Balliol. After spells on The Surrey Daily Advertiser, London Evening Standard, The Stage and Television Today, he became theatre critic of the Daily Telegraph and was named Critic of the Year in the 1999 British Press Awards.
Series
Will Benson
1. I Nearly Died (1994)
2. Full Personal Service (1996)
3. Under the Influence (2000)