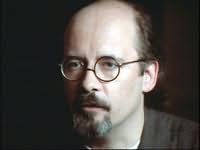 Belgium (b.1954)
Luc Sante was born in Verviers, Belgium in 1954, and emigrated to the United States with his parents in 1963. He attended Columbia University and since 1984 has been a full-time writer. Luc Sante is a book critic for New York magazine, a frequent contributor to the New York Review of Books, and a senior contributor to the internet magazine Slate. He has written about books, films, art, photography, and miscellaneous cultural phenomenona for many other periodicals. He received a Whiting Writer's Award in 1989, a Guggenheim Fellowship in 1992-93, and, in 1997, a Literature Award from the American Academy of Arts and Letters. He lives in New York City with his wife, the writer Melissa Holbrook Pierson. He is writing a book about the picture postcard and prewar America.
Collections
Camera Obscura (2004) (with Abelardo Morell)

Mary After All (2004)
Bill Gordon
"Bill Gordon's Mary After All is sweet, funny, engrossing, and uncannily real, in the very best sense of that term. You feel like you could just move in for a while--Mary will feed you and put you up on the couch. You may not want to leave, though."

The Kingdom (2017)
Emmanuel Carrére
"I left the Catholic Church at thirteen and have not spent much time thinking about religion since then. But Emmanuel Carrère's The Kingdom kept me pinned to its pages until the end. It is personal and rigorous, skeptical and open, casual and profound, and its speculative portrait of Saint Luke, its main character, is as compelling as any fictional life I've read lately."