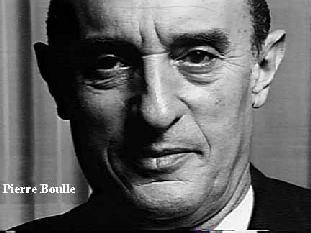 France (1912 - 1994)
Pierre Boulle was born in 1912 at Avignon. Boulle spent the Second World War fighting in Yunnan, Calcutta and Indo-Chine, where he was captured by the Japanese. After the war he lived in Malaya, the Cameroons and, finally, Paris, where he settled until his death in 1994.