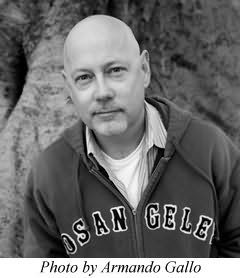 Mark Haskell Smith is the author of three novels Moist, Delicious, and most recently, Salty which was a Book Sense Notable Book. His books have been translated and published in five different languages overseas. He has worked extensively in film and television; his credits include the feature films Playing God and the Brazilian film A Partilha which won the Audience Award for Best Picture and the Crystal Lens Award for Best Screenplay at the 2002 Miami Brazilian Film Festival. He has also done uncredited work on such films as Anaconda, Excess Baggage, and Inspector Gadget among others, and created original pilots for ABC and CBS television. He teaches novel writing at UCLA Extension's Writers Program and at the Book Passage Mystery Writer's Conference.