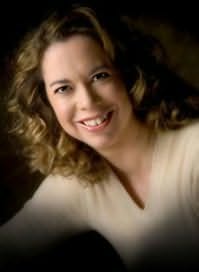 (b.1969)
Maria V. Snyder changed careers in 1995 from being a meteorologist to a novelist when she began working on her first novel, Poison Study (published by LUNA Books in 2005). She has also published numerous freelance articles in magazines and newspapers, and teaches fiction writing classes at the local college and area libraries. Born and raised in Philadelphia, Pennsylvania, Maria always had a fascination with big storms. Dreaming of chasing tornadoes, Maria earned a Bachelor of Science degree in meteorology at Penn State University.

Ward Against Darkness (2013)
(Chronicles of a Reluctant Necromancer, book 2)
Melanie Card
"This book has it all-wonderful characters, action packed mystery, and a unique setting."

Truthwitch (2016)
(Witchlands, book 1)
Susan Dennard
"Truthwitch has it all, strong female characters, adventure, magic, romance, and non-stop action that will leave you breathless."