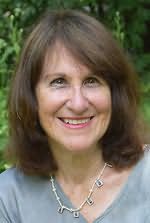 (b.1943)
Margaret George was born in Nashville Tennessee. When not continuing research for her novels in such places as Egypt, Rome, Israel and England she lives with her husband in Madison, Wisconsin. She is the author of the bestselling novels The Autobiography of Henry VIII, Mary, Queen of Scotland and the Isles and The Memoirs of Cleopatra

Cast Not the Day (2009)
Paul Waters
"The ancient world has a new and insightful spokesman in Paul Waters."

Penelope's Daughter (2010)
Laurel Corona
"A beautiful excursion into the realms of The Odyssey, with some surprises Homer didn't know about."

Lionheart (2011)
(Lionheart, book 1)
Sharon Kay Penman
"The great Crusader king Richard the Lionheart comes alive in all his complex splendor in this masterpiece of a medieval tapestry by Sharon Kay Penman. She brings him and his legendary enemy, Saladin, before us, both on the battlefield for Jerusalem and in the quiet of their private chambers. It's as if you were there, in this strange, beguiling, vanished time that haunts the Middle East even today. Penman has triumphed in capturing its elusive essence and the blazing glory of the English king called Lionheart."

The Burning Chambers (2018)
(Burning Chambers, book 1)
Kate Mosse
"First-rate cloak and dagger excitement?who knew the religious wars between Catholics and Huguenots in sixteenth century France could be so riveting to modern audiences? Kate Mosse captures the details of life in the Languedoc region of France, famed for its beauty, but hiding many secrets, in this masterful novel."