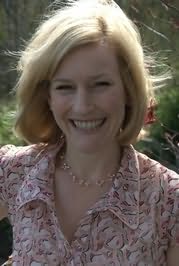 Tess Thompson is a novelist and playwright. She has a BFA in Drama from the University of Southern California.

After some success as a playwright she decided to write a novel, a dream shed held since childhood. She began working on her first novel, River song while her second daughter was eight months old, writing during nap times and weekends. She considers it a small miracle and the good-nature of her second child (read: a good napper) that it was ever finished.A voracious reader, Tess's favorite thing to do is to curl up on a rainy afternoon and read a novel. She also enjoys movies, theatre, wine and food. She is fed emotionally by her friends and family and cherishes relationships above all else.

Tess will be releasing her second novel, Caramel and Magnolias, in February 2013. She is busy working a historical fiction set in 1930s Alabama that is based on a short story of her great-great grandmothers.