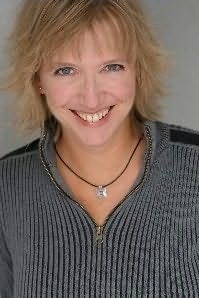 aka Anne Brock
Suzanne Brockmann is a bestselling author. She has won numerous awards, including a Romantic Times Career Achievement Award for Series Romance, seven Romantic Times Reviewers' Choice Awards, sixteen WISH Awards, and two RITA Awards from the Romance Writers of America. She has also garnered six Gold Medal reviews from Romantic Times magazine, and her books were voted RWA's # 1 Favorite of both 2000 and 2001.
She has two grown children, Melanie, who is a personal trainer and novelist, and Jason, who is an actor, producer, screenwriter and novelist.  Suz also has two miniature schnauzers, C.K. Dexter-Haven and Little Joe, both of whom (unlike Mel and Jason) still live at home.
Married to author and screenwriter Ed Gaffney, Suz divides her time between Framingham, Massachusetts and Sarasota, Florida.

Plays
Looking for Billy Haines (2018) (with Will McCabe)

Finding Joy (2020)
Adriana Herrera
"Adriana Herrera writes romance with teeth--you'll laugh, you'll cry, and you'll be refreshed and inspired to fight even harder to create the vibrant, welcoming America in which her books are set."