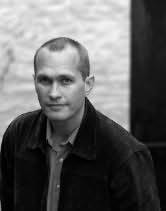 David Vann was born in the Aleutian Islands and spent his childhood in Ketchikan, Alaska.For 12 years, no agent would send out his first book, Legend of a Suicide, so he went to seaand became a captain and boat builder. Legend of a Suicide has now won 10 prizes, includingthe Prix Medicis Etranger in France for best foreign novel, the Premi Llibreter in Spain forbest foreign novel, the Grace Paley Prize, a California Book Award, and the L’Expressreaders’ prize (France). Being translated into 18 languages, Legend of a Suicide is aninternational bestseller and has also been on 40 Best Books of the Year lists in 11 countries,been selected by the New Yorker Book Club and the Times Book Club, read in full on NorthGerman radio, and will be made into a film by Chris Meloni. A current Guggenheim fellow and formerWallace Stegner fellow, John L'Heureux fellow, and NEA fellow, he has taught at Stanford,Cornell, FSU, and is currently a professor at the University of San Francisco.

Collections
Legend of a Suicide (2008)

Series contributed to
Elsewhere (with Amy Bloom and Don Paterson)
2. There (2012)

Ten Stories About Smoking (2011)
Stuart Evers
"Evers has found possibility in even the bleakest and smallest of lives, with each delicately linked not only by a cigarette but also by a glimpse into how terrifyingly empty a life can be."