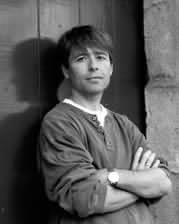 Canada (b.1965)
Michael Crummey is a Canadian poet and writer. Born in Buchans, Newfoundland and Labrador, Crummey grew up there and in Wabush, Labrador, where he moved with his family in the late 1970s. He began to write poetry while studying at Memorial University in St. John's, where he received a B.A. in English in 1987. He completed a M.A. at Queen's University in Kingston, Ontario, in 1988, then dropped out of the Ph.D. program to pursue his writing career. Crummey returned to St. John's in 2001.