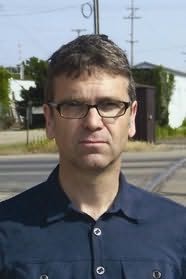 David Means was born and raised in Michigan. His second collection of stories, Assorted Fire Events, earned the Los Angles Times Book Prize for fiction and a National Book Critics Circle nomination. His third book, The Secret Goldfish, received widespread critical acclaim and was shortlisted for the Frank OConnor International Short Story Prize. His fourth book, The Spot, was selected as a 2010 Notable Book by The New York Times, and won an O. Henry Prize. His books have been translated into eight languages, and his fiction has appeared The New Yorker, Harpers Magazine, Esquire, Zoetrope, The Best American Short Stories, The Best American Mystery Stories, The O. Henry Prize Stories, and numerous other publications. He lives in Nyack, New York, and teaches at Vassar College.

Non fiction
George Condo: Mental States (2011) (with Will Self)

American War (2017)
Omar El Akkad
"American War, a work of a singular, grand, brilliant imagination, is a warning shot across the bow of the United States. Omar El Akkad has created a novel that isn’t afraid to be a pleasurable yarn as it delves into the hidden currents of American culture and extrapolates from them to envision a deeply tragic potential future."

What To Do About the Solomons (2017)
Bethany Ball
"A first novel that sizzles. It's as if Isaac Bashevis Singer were alive today, channeling The Clash and starting a new Jewish punk aesthetic. Ranging from Los Angeles to Jerusalem to a Kibbutz in the Jordan Valley, Bethany Ball has written an innovative, rollicking, wildly fun and wildly serious first novel."