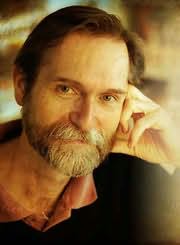 (b.1952)
Tony Abbott is the author of three best-selling series for young readers, he didn’t actually turn to writing full-time until 1994. He has always been involved with the world of writing, however, from his time at the University of Connecticut — where he graduated with a degree in English Literature — to his work with a variety of specialty bookstores, a university library, and an Internet book and magazine publisher. He shares a love of fantasy and adventure with his readers, with whom he maintains contact through his many school visits; Abbott has also taught writing workshops for all elementary grades.

Though he first came to attention with his Danger Guys series, begun in 1994, Tony Abbott has continued to gain recognition for the cult favorite popular fantasy series, The Secrets of Droon, an ongoing series that the American Booksellers Association count in their "Top Ten List of Books to Read while Waiting for the Next Harry Potter." Abbott’s books have been translated into French, Korean, Italian, Japanese, Polish, Russian, Spanish, and Turkish, and more than eight million copies have been sold worldwide. He has written more than seventy-five novels for readers ages 6-10, including The Haunting of Derek Stone series, the Time Surfers series, Kringle, The Postcard, winner of the 2009 Edgar Award for the Best Juvenile Mystery novel, and Firegirl, winner of the Gold Kite Award for Fiction.

An avid tennis player, Abbott is a fan of the films of Preston Sturges and the Marx Brothers. He enjoys the writings of P. G. Wodehouse, James Thurber, S. J. Perelman, and Raymond Chandler. He was born in Cleveland, Ohio, but now lives in Connecticut. Abbott is married and has two daughters.