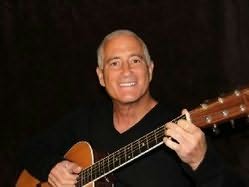 Cameron West was born in Chicago, married Rikki while working as a touring musician in Boston and became a father while working as a recording artist in Nashville. He was diagnosed with Dissociative Identity Disorder in 1993. During the course of his treatment, 24 separate personalities emerged.

Cam earned a Ph.D. in psychology in the years following his diagnosis, and his condition is now largely under control. After years of living around the world, the Wests now reside on Californias Central Coast, where Cam is working on a new book about the healing process and his relationship with his son, Kai.