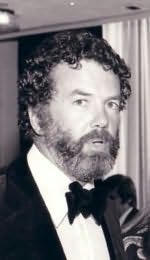 Christopher Wood is an English screenwriter best known for the James Bond films The Spy Who Loved Me (1977 with Richard Maibaum) and Moonraker (1979), as well as for the two novelizations based upon these films.

Wood's novelization of The Spy Who Loved Me, renamed James Bond, The Spy Who Loved Me to avoid confusion with Ian Fleming's original novel, was the first ever James Bond novelization authorized by Glidrose Publications. The original novel of the title authored by Fleming and the novelization by Wood actually share nothing in common besides the title. Similarly, the plot of Moonraker, renamed James Bond and Moonraker, is almost entirely written by Wood, although it does share some similarities with the novel, in particular the villain Sir Hugo Drax.

Wood was also responsible for the Confessions series of novels and their film adaptations, written under the pseudonym "Timothy Lea".