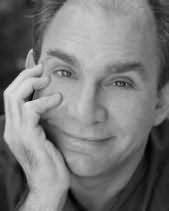 (b.1951)
Ellis Weiner grew up in Baltimore, MD, where he attended public schools. He graduated the University of Pennsylvania in 1972.

His career as a humorist began in 1976, when he became an editor of the National Lampoon, where he remained for two years. For the next ten years he contributed articles to the Lampoon and to numerous other magazines, including The New Yorker, Mademoiselle, The New York Times Magazine, The Paris Review, and Spy.

In 1985 he commenced a career as a writer for children’s television, during which his scripts won numerous awards.

He is the father of two children, and divides his time between Pennsylvania and Los Angeles.
Series
Pete Ingalls
1. Drop Dead, My Lovely (2004)
2. The Big Boat to Bye-bye (2005)