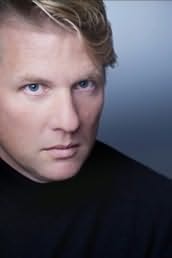 (b.1970)
Jason Webster was educated in England, Germany, Italy and Egypt, and after graduating from Oxford University in Arabic and Islamic History, he moved to Spain, where he has spent most of his adult life.His first book, Duende - A Journey in Search of Flamenco, was a huge critical success, and has been translated into a dozen languages. He is the author of three other highly acclaimed travel books on Spain: Andalus - Unlocking the Secrets of Moorish Spain; Guerra - Living in the Shadows of the Spanish Civil War; and Sacred Sierra - A Year on a Spanish Mountain.More recently Webster has started writing crime fiction set in the Spanish city of Valencia - his adopted home, with the main character Chief Inspector Max Cámara of the Spanish National Police.The first novel in the series, Or the Bull Kills You, involves a murder in the complex and tightly-knit bullfighting community.Webster lives near Valencia with his wife, the flamenco dancer Salud, and their 2 sons.