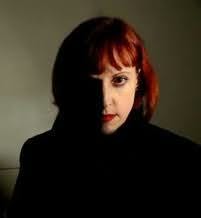 Theresa Weir was born in Burlington, Iowa, a river town settled by German, Irish, and Dutch immigrants. Her blue-collar parents divorced when she was six, and the next twelve years were spent in poverty, moving to and from Florida, Iowa, California, Illinois, and New Mexico. She graduated from Artesia High School, Artesia, New Mexico. After high school she worked as a waitress, a factory worker at Albuquerques Levi Strauss (where she sewed the Levis logo on the back pocket of jeans), followed by a secretarial position at Wally's LP Gas in Santa Fe, New Mexico. At age nineteen, she joined her uncle at his bar in rural Illinois across the Mississippi River from her birthplace of Burlington, Iowa. While tending bar at the Pilot House, she met an apple farmer and the two married three months later. Shortly after moving to the farm, she began writing.