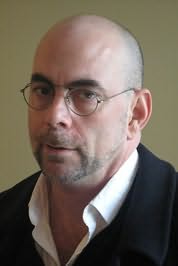 (b.1958)
Donald Antrim is an American novelist. His first novel, Elect Mr. Robinson for a Better World, was published in 1993. In 1999 The New Yorker named him as among the twenty best writers under the age of forty.

Antrim is a frequent contributor of fiction to The New Yorker and has written a number of critically acclaimed novels, including The Verificationist and The Hundred Brothers, which was a finalist for the 1998 PEN/Faulkner Award in fiction. He is also the author of The Afterlife, a 2006 memoir about his mother, Louanne Self. He has received grants and awards from the John Simon Guggenheim Memorial Foundation, the National Endowment for the Arts, and the Dorothy and Lewis B. Cullman Center for Scholars and Writers at the New York Public Library.

Antrim is the brother of the artist Terry Leness and the son of Harry Antrim, a scholar of T. S. Eliot. Antrim has been associated with the writers David Foster Wallace and Jonathan Franzen, and the visual artist Christa Parravani.

He has taught prose fiction at the graduate school of New York University and was the Mary Ellen von der Heyden Fellow for Fiction at the American Academy in Berlin, Germany, for spring 2009. Antrim teaches in the MFA program at Columbia University. He lives in Brooklyn.
Novels
Elect Mr. Robinson for a Better World (1993)
The Hundred Brothers (1997)
The Verificationist (2000)

Collections
The Emerald Light in the Air (2014)