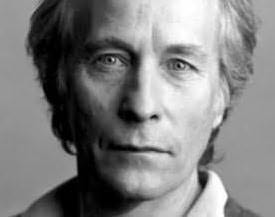 (b.1944)
Richard Ford is a Pulitzer Prize-winning American novelist and short story writer. His best-known works are the novel The Sportswriter and its sequels, Independence Day and The Lay of the Land, and the widely anthologized story collection Rock Springs.

Ford lived for many years in the French Quarter and then in the Garden District of New Orleans, Louisiana, where his wife Kristina was the executive director of the city planning commission. He now lives in Maine where he teaches at Bowdoin College.

Storm Riders (2000)
Craig Lesley
"Storm Riders is an exacting, serious and generous novel. Its great virtue is that it's wise as well as clear-sighted in its faith in human beings. As I read I continually felt (as I rarely do) that this book could be about me."

Great Dream of Heaven (2002)
Sam Shepard
"These stories are irresistible."

A Student of Living Things (2006)
Susan Shreve
"Stylish and sleek and tightly configured... steeped in our incongruities and potent mysteries - most especially those of the heart."

The Girls (2016)
Emma Cline
"The Girls is a brilliant and intensely consuming novel - imposing not just for a writer so young, but for any writer, any time."

The Summer Goddess (2016)
Joanne Hall
"The short, sharp prose places you in the thick of it..."

Larchfield (2017)
Polly Clark
"Larchfield is that rarest of rare first novels - a book that actually achieves its great ambition. I found it so immensely readable; it's brainy, verbally acute and knowing, with an ingenious literary historical premise that it impressively (and artfully) carries off right in front of your eyes. It's work of considerable talent."

Midwinter Break (2017)
Bernard MacLaverty
"MacLaverty's prose is deceptively simple and rewardingly straight-forward and efficient. But what he writes about in this much anticipated novel - the resilience and stress-lines of human love experienced over much time - is anything but simple and straight-forward. It’s the stuff of life."

Lake Success (2018)
Gary Shteyngart
"Gary Shteyngart hears America perfectly; its fatuity, its poignant lament, its boisterous self-loathing. Its heartbeat. Reading him sometimes makes me want to scream - with recognition and with pure hilarity."