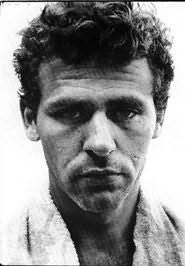 (1909 - 1955)
An American author, journalist, poet, screenwriter and film critic. In the 1940s, he was one of the most influential film critics in the U.S. His autobiographical novel, A Death in the Family (1957), won the author a posthumous Pulitzer Prize.

Life
Agee was born in Knoxville, Tennessee, at Highland Avenue and 15th Street (renamed James Agee Street in 1999) to Hugh James Agee and Laura Whitman Tyler. When Agee was six, his father died in an automobile accident. From the age of seven, he and his younger sister, Emma, were educated in boarding schools. The most influential of these was located near his mother's summer cottage two miles from Sewanee, Tennessee. Saint Andrews School for Mountain Boys was run by Episcopal monks affiliated with the Order of the Holy Cross, and it was there that Agee's lifelong friendship with an Episcopal priest, Father James Harold Flye, began in 1919. As Agee's close friend and spiritual confidant, Flye was the recipient of many of Agee's most revealing letters.

Agee went to Knoxville High School for the 19241925 school year, then travelled with Father Flye to Europe. On their return, Agee moved to boarding school in New Hampshire, entering the class of 1928 at Phillips Exeter Academy. There, he was president of The Lantern Club and editor of the Monthly where his first short stories, plays, poetry and articles were published. Agee was admitted to Harvard University's class of 1932. He was editor-in-chief of the Harvard Advocate.

In 1951 in Santa Barbara, Agee, a hard drinker and chain-smoker, suffered the first two in a series of heart attacks, which ultimately claimed his life four years later at the age of 45. He was buried on a farm he owned at Hillsdale, New York.
Novels
The Morning Watch (1951)
A Death in the Family (1957)

Books about James Agee
Chaplin and Agee (2005) by John Wranovics