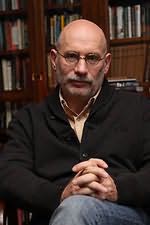 (Grigori Tchkhartichvili)
Russia (b.1956)
Boris Akunin was born in Tbilisi, in the Republic of Georgia, as Grigory Shalvovich Chkhartishvili. His father was Georgian and his mother was Jewish, since 1958 he has lived in Moscow. Influenced by Japanese Kabuki theatre, he joined the historical-philological branch of the Institute of the Countries of Asia and Africa of the Moscow State University as an expert on Japan.Before he embarked on a life of crime writing, Grigory Chkhartishvili worked as an assistant to the editor-in-chief of the magazine Foreign Literature, but left in October 2000 to pursue a career as a fiction writer.