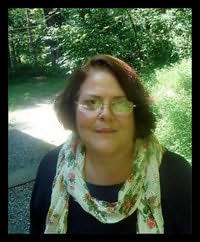 From a very young age, Kathryn showed an aptitude for telling stories. Of course her mother called her a pathological liar, but she prefers to think back on those days as an apprenticeship for her future craft. Like most authors, she didn't start out as a writer, but rather as a reader. Her passion for romance novels began in her late teens and left her with an itch to discover the world.

After living in places as culturally diverse as Athens, Greece and Cairo, Egypt (where she met and married her own romantic hero) they returned to the states and settled in the quiet town of Sterling Forest, New York. After the birth of her daughter, Kat's husband suggested she take up writing as a hobby to fill her days. The hobby became a love, and the love an obsession. (Sometimes her husband is sorry he ever made that suggestion.)

She learned how to write from the best--the authors who penned the books she spent countless hours reading. Although her writing allows her mind to soar in clouds, she has a daughter who keep her feet firmly planted on the ground. She signs her novels as Kathryn Taylor, Kathryn Attalla, Kathy Attalla and Kat Attalla.
Series
Married to a Prince
1. A Marriage of Convenience (2013)
2. An Inconvenient Marriage (2014)
3. The Prodigal Prince (2014)