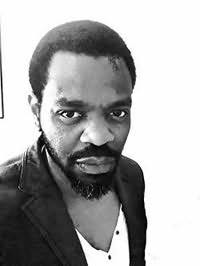 Nigeria
Leye Adenle, winner of the first ever Prix Marianne in 2016, is a Nigerian writer living and working in London as an agile coach - sort of a trainer of computer geeks.

His short story, The Assassination, in the anthology, Sunshine Noir, was a finalist for the 2017 CWA short story dagger award. Had he won, a Nigerian would have been rewarded for crime.

Leye (pronounced Leye, not Leia like in Princes Leia) has written several short stories under his own name, and over a hundred satirical pieces under various other appropriated names. His writing has appeared in publications such as the Big Issue, and he has written and recorded pieces for BBC Radio 4 and BBC World Service. He very much enjoyed doing that.

Leye has also appeared on stage in London in plays including Ola Rotimi's Our Husband Has Gone Mad Again in which, by his own estimation, he performed brilliantly well and should have been awarded a BAFTA.
Leye comes from a family of writers, the most famous of whom was his grandfather, Oba Adeleye Adenle I, a former king of Oshogbo in South West Nigeria. Leye has no intentions of ever becoming King.

When not writing, Leye (not Princess Leia) likes to ponder the meaning of life from the point of view of a foraging ant that has happened upon a delicious drop of wine. Red. Preferably South African. Western Cape. And full bodied. And perhaps a morsel of cheese. Blue cheese.

Novels
The Beautiful Side of the Moon (2019)