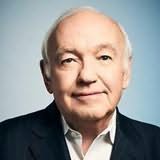 (b.1946)
Joe Kanon was a publisher for many years, but turned poacher by becoming a novelist with his first, bestselling thriller Los Alamos, which was awarded the Edgar for the best first novel of 1997.

Non fiction
Finding the Berlin of The Good German (2006)

The Seventh Cross (1942)
Anna Seghers
"At once a suspenseful manhunt story and a knowing portrait of the perils of ordinary life in Hitler's Germany, The Seventh Cross is not only an important novel, but an important historical document. This new, unabridged translation is a genuine publishing event."

An Honorable Man (2016)
(George Mueller, book 1)
Paul Vidich
"Cold War spy fiction in the grand tradition, neatly plotted betrayals in that shadow world where no one can be trusted and agents are haunted by their own moral compromises."