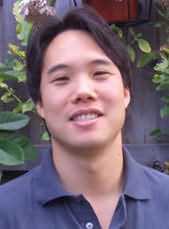 (b.1976)
Charles Yu graduated from the University of California at Berkeley and Columbia Law School. He lives in Santa Monica, California with his wife, Michelle, and their two children.

Annihilation (2014)
(Southern Reach Trilogy, book 1)
Jeff VanderMeer
"One of those books where it all comes together--the story and the prose and the ideas, all braided into a triple helix that gives rise to something vibrant and alive. Something that grows, word-by-word, into powerful, tangled vines that creep into your mind and take hold of it. 'Annihilation' is brilliant and atmospheric, a novel that has the force of myth."

Join (2016)
Steve Toutonghi
"From the first page, Toutonghi launches us into a strange and fascinating new world, exploring ideas with nuance and verve. Strikingly original and deeply imaginative."

The Warren (2016)
Brian Evenson
"What is a human? What is a person? The Warren is a truly original exploration of these questions the kind of work that causes one to re-examine long-held certainties. Profound and deeply unsettling, in the best way possible."

Faller (2016)
Will McIntosh
"Love Minus Eighty is a book that makes me envious as a writer."

The Ready-Made Thief (2017)
Augustus Rose
"A rewarding novel full of pleasures and surprises. Every time I thought I knew where the story was going, it took me somewhere stranger and deeper than I could have imagined. A rich, heady mix of ideas and thrills."

Spoonbenders (2017)
Daryl Gregory
"A big generational family story of longing, nostalgia and humor. The writing is so deftly charming and yet deeply felt. Spoonbenders is entertaining and moving - a perfect summer read."

Autonomous (2017)
Annalee Newitz
"This book is a cyborg. Partly, it's a novel of ideas, about property, the very concept of it, and how our laws and systems about property shape class structure and society, as well as notions of identity, the self, bodies, autonomy at the most fundamental levels, all woven seamlessly into a dense mesh of impressive complexity. Don't let that fool you though. Because wrapped around that is the most badass exoskeleton--a thrilling and sexy story about pirates and their adventures. Newitz has fused these two layers together at the micro- and macro-levels with insight and wit and verbal flair. Moves fast, with frightening intelligence."

The Sea Beast Takes a Lover (2018)
Michael Andreasen
"Andreasen has a big, roomy imagination, and a command of language to furnish the worlds he creates with both precision and grandeur. These stories are, by turns, timeless and urgent, dreamy and nightmarish, heartbroken and hopeful. A brilliant collection."

Lost Empress (2018)
Sergio de la Pava
"I don't know how to do this book justice. It is so bold and so rich and so funny and so filled with pure pleasure for the reader. More than once I've had to stop and get up and walk around the room to process the sheer awesomeness. I feel like I'm in the presence of a major writer-someone of a singular intelligence that is at once alien yet comforting."

Famous Men Who Never Lived (2019)
K Chess
"The novel jumps off from a fascinating premise into strange and fertile territory. K Chess constructs not just one universe, but two, and delicately entangles them to create a rich, engrossing exploration of displacement, history, memory, of the past and the present. Conceptually adventurous yet full of feeling, Famous Men Who Never Lived is a smart, thought-provoking and thoroughly enjoyable debut."

The Municipalists (2019)
Seth Fried
"The Municipalists is full of subcultures and obsessions, a novel full of people who care deeply about the details, written by someone who understands that the details are what matter. Smart, engaging, poignant and funny (not just book funny--actually funny). Fried is one of the most exciting new voices in fiction, and his debut novel showcases his many talents."

Chosen Ones (2020)
Veronica Roth
"Roth somehow manages to make universe-building look easy. She sets it all up--world, characters, premise--so smoothly that you hardly notice until you're a hundred pages in and hurtling down the tracks. An insightful exploration of desire and ambition that also touches on broader societal topics, including celebrity, social media, trauma and recovery. A thought-provoking novel with ample emotion and a sense of playfulness with form. And one more thing: when the inevitable adaptation of Chosen Ones hits the screen someday, I just hope it captures Roth's fascinating and original theory of magic."

The Son of Good Fortune (2020)
Lysley Tenorio
"This story is bursting with heart and wisdom, humor and hope. Tenorio's gifts as a writer are on display in this expertly constructed, gorgeously written tale of a family haunted by past mistakes, struggling toward the future. Immersive in its rich detail, it gathers momentum to its affecting and powerful conclusion. A remarkable novel by an author I plan to follow for years to come."

Nights When Nothing Happened (2020)
Simon Han
"An intimate and nuanced portrait of a family trying to find their way in a new country. With a sharp eye and a finely tuned ear, Simon Han tells a story that is by turns achingly tender and emotionally devastating. A stunning debut that will stay with me."

Meet Me in Another Life (2021)
Catriona Silvey
"Inventive, bold, and surprising – from where the novel starts I could have never imagined where it ends. Along the way the story of Thora and Santi builds in suspense and emotion, revealing itself page by page, layer by layer. Cleverly constructed and highly entertaining."

The Quiet Boy (2021)
Ben H Winters
"I get excited any time Ben Winters has a new book coming out. His writing is so intelligent, his worlds so inventive, and his novels have a rare combination of being equally entertaining and thought-provoking. I will read anything by Ben Winters, and am always eager to see what he does next."