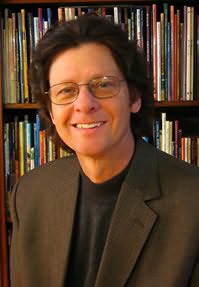 Born in Elmira, New York, Tedd grew up ina family of six with three brothers. His family livedon a farm in Pennsylvania for several years then returned toElmira until Tedd was ten years old. His father's work thenrequired that they move to Gainesville, Florida. There, Tedd'sfirst art lessons in an abandoned dentist's office over the HappyHour pool hall eventually led to a fine arts degree from theUniversity of Florida. He and his wife, Carol, started theirfamily in Talla has see where Tedd worked as a commercia lillustrator. Carol, a Kindergarten teacher, drew Tedd's attentionto children's books. Their first son, Walter, inspired hisbreakthrough picture book, NO JUMPING ON THE BED!. He and his family live, once again, in Elmira. Hissecond son, William, now stars in NO MORE WATER IN THE TUB!, a sequel to his first book. He has now published over 50 books as author and illustrator. His book, Hi! Fly Guy received a2006 Theodor Seuss Geisel Honor from the American Library Association. When not working on his books, Tedd's interests include tennis, sketching, reading, coin collecting, and the computer.