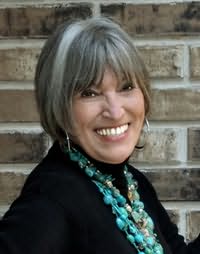 (1944 - 2013)
Janet Anne Haradon was born on May 21, 1944 in Storm Lake, Iowa, U.S.A. She always wanted to be a writer and loved books. Her three elder sisters often read to her when she was good. By the age of four, she had her own library card. She studied with the Class of 1962 in the Jefferson High School,Independence, Iowa and she attended Secretarial school in Omaha, Nebraska.

In 1963, she went to work at the construction firm owned by Bill Dailey, her future husband, who was fifteen years her senior. The two continued to work together, often spending 17 hours a day, seven days a week at work. They worked for 10 years before "retiring" to travel around the country in 1974.

Janet wrote her first novel, "No Quarter Asked" in 1974 after her husband urged her to back up her claim that she could write a better romance novel than the ones she had read. The book was accepted by Harlequin, making her the category romance giant's first American author. Her 57 novels for Harlequin included one written in every state of the Union, and later became known as "The Janet Dailey Americana Series."

The Daileys were instrumental in forming the Silhouette romance fiction line, for which Janet wrote 12 more titles before entering the mass market field in 1979 with "Touch the Wind," which marked her debut on the New York Times best seller list.

In 1984, Janet entered the mainstream hard cover market with "Silver Wings,Santiago Blue." Currently there are over 325 million copies of her novels in print throughout the world, with translations in 19 languages, in 98 countries.

Collections
Best of Janet Dailey: Wild and Wonderful, One of the Boys (1985)
Marry Me Cowboy (1995) (with Susan Fox, Anne McAllister and Margaret Way)
Unmasked (1997) (with Jennifer Blake and Elizabeth Gage)
Happy Holidays (2004)

Deceptions (1982)
Judith Michael
"A winner! I had to force myself not to jump ahead and read the ending."

The Trouble with Joe (1994)
Emilie Richards
"A great read and a winner in every sense of the word!"